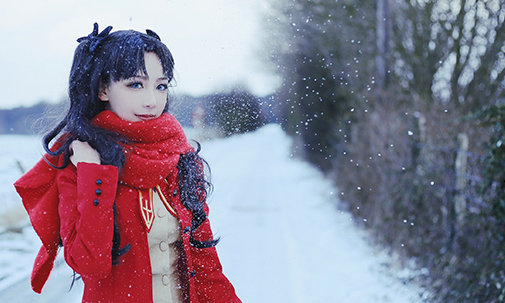 Tips and Tricks for Cosplay Photography
Cosplay photos abound online. There are those taken during conventions and similar events, while there are others taken during street festivals. Some cosplay photos are also meant for portfolios, when a cosplayer needs to impress a group or an individual who wants to hire cosplayers for a function. There are cosplay photos that capture the complete aura of the character, but there are some that fail to elicit a reaction. There are even others that do not come out well; an arm or part of the head is cut off, the cosplayer’s pose is awkward as if in mid-pose, or the image is blurry. Clearly, cosplay photography is more than just taking photos of people in costume.

Ask Permission
The first thing that you need to do is ask permission from the subject you have your eye on. You cannot just take your camera and click it without letting the cosplayer know! Well, except when you are in an event like the Comic Con, where you can just click away and take photos of your favorite characters. Still, the right thing to do is ask permission from your subject. If the cosplayer says yes, you can then talk about what kind of scene or image you want to create.

Create a scene that complements the character
If you’re taking a photo of a cosplayer dressed up as Spider-Man, you need to create a scene that complements the character. No, you don’t have to ask Spider-Man to climb the wall; you just need to find a good position for your subject. For Spider-Man, you can position them near the wall and ask them to pose as if they’re about to climb (or glide!) through it. You need to be familiar with the character you are shooting in order to do this.

Experiment on Angles
As always, it is important to experiment on angles. If you’re not sure which angle works well for Spidey, take two or three shots of them from different angles. Experimenting with angles will also help you make sure that Spidey’s arm, leg or head is not cut off. Here’s one trick for angles: find out beforehand what’s the best feature of a character is. Let’s go to another character, somebody like Harley Quinn. Find an angle that highlights her mask. The eyes, after all, are the windows to the soul.

Talk to your subject
Ask for suggestions regarding poses and angles. Both parties need to know and understand each one’s goal. What is the cosplayer’s goal in portraying the character? What is your goal? Why do you want to take a photo of Spidey? Who are your target viewers? Talking about these matters will help you – and your subject – determine how a scene should be delivered, interpreted and shot.

Make sure that your subject is ready before you shoot
Don’t click when Harley Quinn is trying to fix her mask, or when Spidey’s face isn’t covered yet. Wait until your subject has transformed into the character being portrayed. You’re not in a hurry, are you?

Pay attention to the background
This is especially true if you are shooting out in the streets, where people (and cars and buildings) may be zooming in and out of the picture. Find a spot where you can create a different world for your subject. It can be in a quiet area of a nearby park, or it can be on a side street seldom used by pedestrians. If you want to add life to your photo, however, by all means shoot in the busy streets. Spidey can pose in the middle of a crossroad. Or, you can photograph Harley Quinn inside a coffee shop enjoying a cappuccino. The important thing here is you don’t take the background for granted.

Take note of the lighting
Whether you are shooting outdoors or indoors, it is important to have the right equipment necessary for good lighting. Use a reflector to minimize shadows. It will bounce off the light to your subject and make the scene brighter and warmer.

Do not use your camera’s built-in flash
This is important if you want your cosplayers to appear as natural as possible. The best thing to do is find natural lighting. If you are shooting indoors, natural light can come from windows and doorways.

Finally, take a lot of photos
Go around and take as many photos as possible, of as many cosplayers as you can. Remember to take more than one photo of each cosplayer. Later on, you can choose which ones you like best.

If you’re in a convention or street fair, simply walk around and ask cosplayers to pose for you. They love it when photographers do that. After all, they’re trained to pose and mimic their favorite characters.

Taking a lot of cosplay photos will help you build a story or a theme.

Cosplay photography is quite young. Not a lot of photographers have tried it. However, as its popularity and demand continues to grow, it won’t be a surprise if even the world’s most respected professional photographers go out to shoot cosplayers from time-to-time.

Cosplay photography, aside from giving you interesting subjects to shoot, is also a good way of connecting with the child inside you. Have fun shooting!